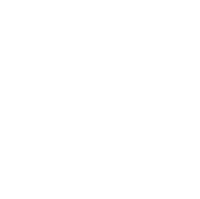 Why AMR and not AGV?

Autonomous mobile robots are more capable than automated guided vehicles (AGV) because they are more complex. AMR have greater software capabilities and navigate using maps, without the need for guiding wires or strips, so they are not restricted to fixed routes like AGV. As a result, AMR are more flexible in the tasks they can do, and they can be redeployed quickly with only a software update.

Compared to AGV, modern AMR technology is seen as being more cost-effective thanks to reduced infrastructure requirements and quicker deployment that does not cause production interruptions.

Problem: How to efficiently assign tasks to an automated fleet

The optimization of production line transporter operations has two objectives. Primarily, optimization should result in no late tasks. And secondly, the density of traffic in a production facility should be minimized.

In production facilities, the space available for pathways is a limited resource and, as a result, autonomous transporters must share routes with people and other vehicles. The reduction of traffic has several desirable effects, including increased safety, less congestion, and fewer late tasks.

The research aimed to meet the goal of no late tasks with a minimum of transporter driving. A challenge that can broadly be characterized as the assignment problem.

To solve the assignment problem, a hybrid simulation model of a vehicle production line facility made it possible to test various methods. AnyLogic simulation software, with its multi-method modeling capabilities and its built-in Material Handling Library, allowed for quick modeling of the workspace, including the addition of automated transporters. The simulation uses both agent-based and discrete event modeling approaches. 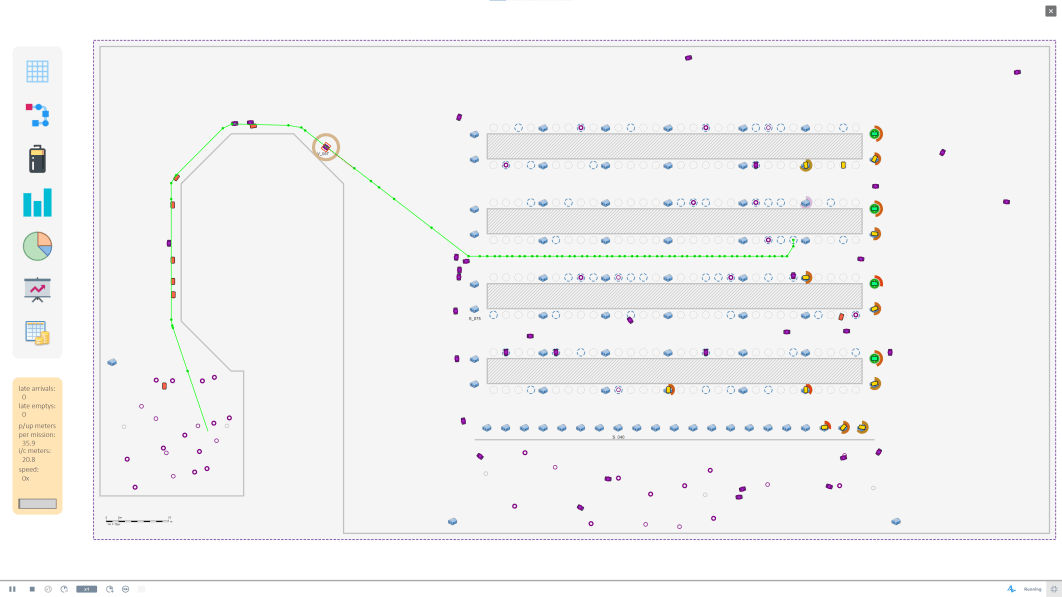 While AnyLogic includes a variety of methods for assigning tasks to transporters, it also offers the flexibility of including custom code. Using custom code allowed the testing of any assignment algorithm that might best solve the AMR task allocation problem. In testing, both heuristics and exact methods were analyzed. The exact methods are algorithms that always produce one optimal solution, such as with linear optimization. By contrast, the heuristic methods are based on approximation and may not be as accurate as exact methods, but are usually faster.

The research results from testing the various methods in an AnyLogic simulation model show that the Jonker-Volgenant-Castanon (JVC) assignment algorithm is superior when assigning tasks to transporters in a vehicle production facility.

In this case, 40 different fleet sizes were tested against different assignment methods. And, with each run taking two hours to compute nine hours of simulation, a solution that could speed up the process was welcome.

The AnyLogic Cloud platform is a scalable computing environment that allows parallel run execution. This computing capability allowed for rapid parameter variation and multiple scenario testing. For example, simulation runs for all 40 fleet sizes can be run simultaneously. Also, with the computing taking place on cloud servers, the simulation modeler is free to continue using their computer without hindrance.

Compared to the baseline scenario that allocates tasks based on the nearest agent, the method developed from the JVC assignment algorithm reduces the number of AMR required by 30%.

In an example scenario of 7,500 tasks, the traditional method required 58 transporters to achieve a late task total of three. For the algorithm that resulted from the testing and research, only 42 transporters were needed to achieve the same number of late tasks.

Such a reduction in the number of AMR transporters required for a desired level of service is significant because of the high upfront cost of AMR, in comparison to AGV and manual methods.

The combination of simulation, for creating a testing environment, and cloud computing, for running the experiments, allowed the rapid development of a custom assignment algorithm for AMR task allocation in a vehicle production facility. The algorithm improved on standard nearest agent assignment by 30%, achieving the aims of a low late-task rate and reduced traffic density.

Maximilian Selmair presented the research at the AnyLogic Conference 2021: