Mathematical modeling is a relatively new but fast developing area of HIV studies providing researchers with an additional dynamical dimension in epidemiological work that allows scientists to simulate the consequences of various intervention and prevention scenarios. We illustrate these concepts by presenting a model that describes Injecting Drug Users (IDU) networks, injecting behavior and HIV/HCV spread within the networks. This individual-based (also called agent-based) model is used to investigate the impact of the introduction of Integralcannula syringes (ICS) instead of commonly used Detachable Needle syringes (DNS). Laboratory experiments have shown that ICS retain approximately 1000 times less residual blood (<.001 ml vs. 1ml) following injection and rinsing than DNS thereby decreasing risk of HIV/NCV transmission by nearly 100 times after 2 rinses. The locations of the respondents and the critical mixing sites are assigned geographic coordinates and visually mapped in order to examine respondents’ movements and interactions in space over time. Subjects’ confidentiality is assured by choosing the appropriate geographic scale and by masking addresses and personal information. We use a Geographic Information System (GIS) and data collected from our HCV study in conjunction with published HIV risk parameters to develop a geographically-enhanced agent-based mathematical model. AnyLogic software is used to construct the model. Through dynamical simulations we have shown that it is necessary to have approximately 80% of users to switch to the Integral-cannula syringes in order to reverse the spread of HIV and more than 93% of users must switch to these syringes to reverse the spread of HCV. These results are quite robust with respect to the network size and frequency of use. The impact of intervention and prevention policy is modeled through the changes in the risk of behavior. The aggregate behavior is calculated through the averaging of the corresponding individual behaviors. Such mathematical models can serve as information depositories and allow us to identify critical information needs and data gaps in a complex drug using behavior. In addition, validated models that are based on robust estimates allow for the identification of the most sensitive parameters that influence the course of drug using behaviors, developing optimal and cost-effective prevention and intervention policies and practices. 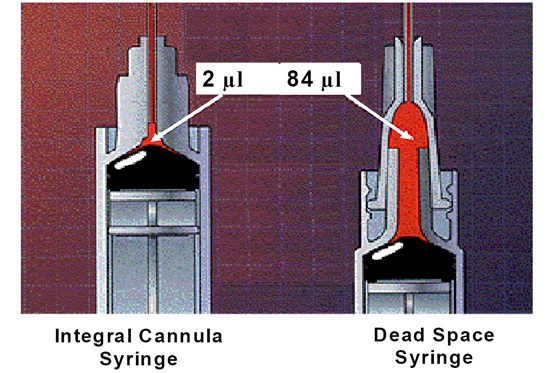