Within the context of airport operations, this work focuses on enhancing the planning and real-time allocation of apron operations that are used to turn around an aircraft between two consecutive flights. The key element of this paper is the proposal of a new resource booking system, which operates in real-time, and deals with the related uncertainties. The booking mechanism aims to allow the airlines to book ground support equipment in advance.

The aircraft turnaround process consists of "ground handling operations" that are required to set an aircraft ready for its subsequent departure. These processes include both human operators and physical/engineering assets. To avoid delays, each of the turnaround activities requires some specific Ground Support Equipment (GSE) as well as the appropriate operators, all at the right time and in the right place.

In this paper researchers focus on the operational management of GSEs and observe two different scenarios for subsequent analysis:

The main idea behind the second scenario is to add a level of planning to the otherwise fully reactive real-time allocation of GSE to turnaround tasks just described in the first one. This level consists in letting the airlines choose, if they wish and in exchange of a service fee, whether they want to ensure that the GSEs needed to turn around one or more of their flights (either a subset of assets, or all of them) be present at the parking stand once the aircraft shows up sometime after landing. This is imagined to be happening via a GSE booking system.

Researchers used AnyLogic and a hybrid simulation approach, including elements of both agent-based modeling and discrete event simulation.

The core of the model is agent-based, with agents representing aircraft, parking stands, GSEs, their storage locations, and ground handlers, to name but the most prominent in determining the related emerging dynamics. State Charts, Action Charts, and Process Flowcharts all concur in defining agent behavior and interactions, as well as relevant details of all turnaround tasks to be executed, the corresponding defining events, and the flow of more passive entities such as baggage and cargo. 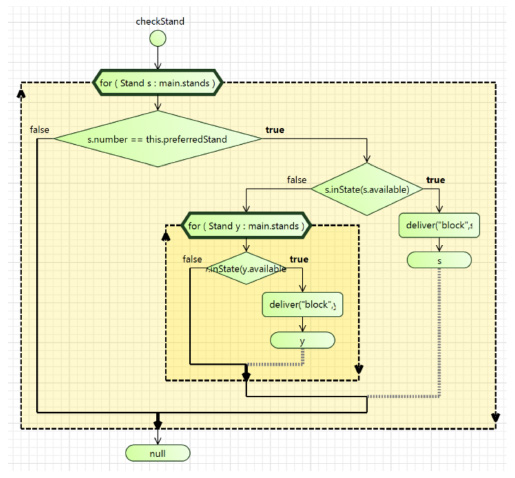 А simple example of a process flowchart shows how a subset of turnaround equipment is setup. This includes the chocks to keep the aircraft from moving while parked, the ground power unit and the safety ropes. 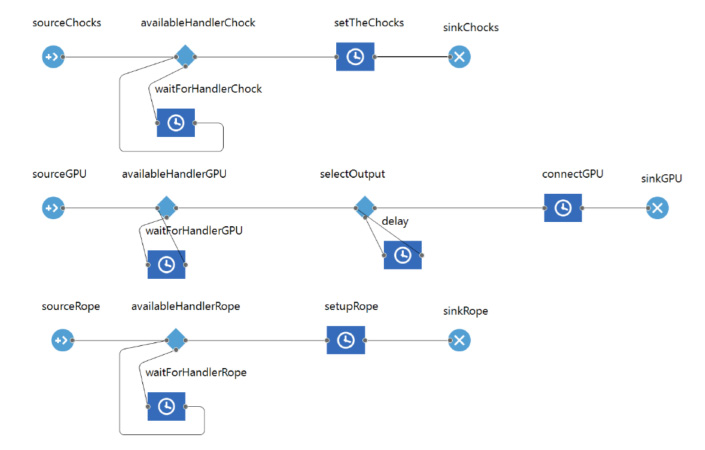 As a case study for our experiments Luton Airport was chosen. Both the flight schedules for the data days of our experiments and the information on the airport’s layout was colleceted from a host of publicly available resources.

In order to compare the relative effectiveness of the two scenarios described above, the following 4 performance metrics were considered:

The results show that, with respect to our case study, the asset booking concept has potential to enhance apron operations, by improving on some key metrics such as the average turnaround delay, as well as by ensuring a more timely delivery of the right asset to the parking stand.

Also, further refinements of the asset booking scenario are likely to be more decisive, in fostering more punctual apron operations, than having a higher proportion of assets booked.

One of the more obvious possible next steps for this research stems from investigating the pros and cons from asset booking in different operational settings, primarily airports of different size and layout, with different mixes of airlines and aircraft model/makes turned around. A second extension regards the development of alternative forms of asset booking mechanisms, especially extending the exploitation, only attempted in this paper at a basic level, of data sharing mechanisms among the interested parties, that is the airport operator, the airlines and the ground handling and other service providers.