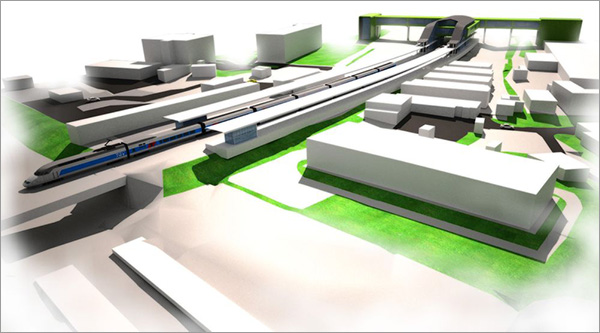 When planning new transfer hubs, developers need to verify the stations would provide expected passenger capacity, while city authorities have to learn how building a station would affect traffic in the area and public transfer load. Simulation modeling is a perfect instrument for solving such challenges.

We covered, in a past blog, one of the models built for the Moscow Ring Railway project, passenger flow simulation at Cherkizovo transfer hub, where a station layout was tested at peak passenger loads. The project we are going to discuss today is another model of Moscow public transport system. We will talk about automobile traffic flow research at the transport hub of Volokolamskaya, done by ITS Consulting.

The Moscow subway station and transport interchange, Volokolamskaya, is situated in the northwest part of town. The main road traffic in the area comes from the neighboring districts and the suburban parts of the Moscow region. The district is expected to experience growth in car traffic, and the developers needed to determine how the road network load would change through 2025 taking into account this increase, and find ways to improve the situation with jams. ITS Consulting decided to build a road traffic simulation model and use it to test scenarios with different traffic volumes and network configuration.

To construct the model, the consultants chose AnyLogic and its Road Traffic Library, which allows for detailed modeling of vehicle movement on roads taking into account driving regulations, traffic lights, road signs, etc. At that moment, the library was in the preview mode and didn't include a lot of the functionalities, but thanks to AnyLogic's flexibility and ability to create custom libraries, the model developers were able to solve this problem and create their library blocks, including:

Today, with AnyLogic 7.3, all of these functionalities are in the Road Traffic Library by default.

Volokolamskaya road network model helped the consultants understand the network problems and create recommendations on how to improve it. These recommended measures will help decrease queues at signalized intersections twice in 2025, which will be even lower than today's queues. Also, the model assisted in redeeming official project approval. More info on the model can be found in the Case Studies section.